President McKinley's Speech at the Dedication of the Maryland Monument


Many of those who have visited Antietam before are no doubt familiar with the William McKinley monument that sits near the Burnside Bridge parking lot of Auto Tour stop 9 on the battlefield. The state of Ohio erected the monument in 1903 to honor one of her favorite sons, just two years after the assassination of President McKinley. Ohio placed the monument to McKinley at the same time the state honored its other citizens by placing regimental monuments across the Antietam landscape. 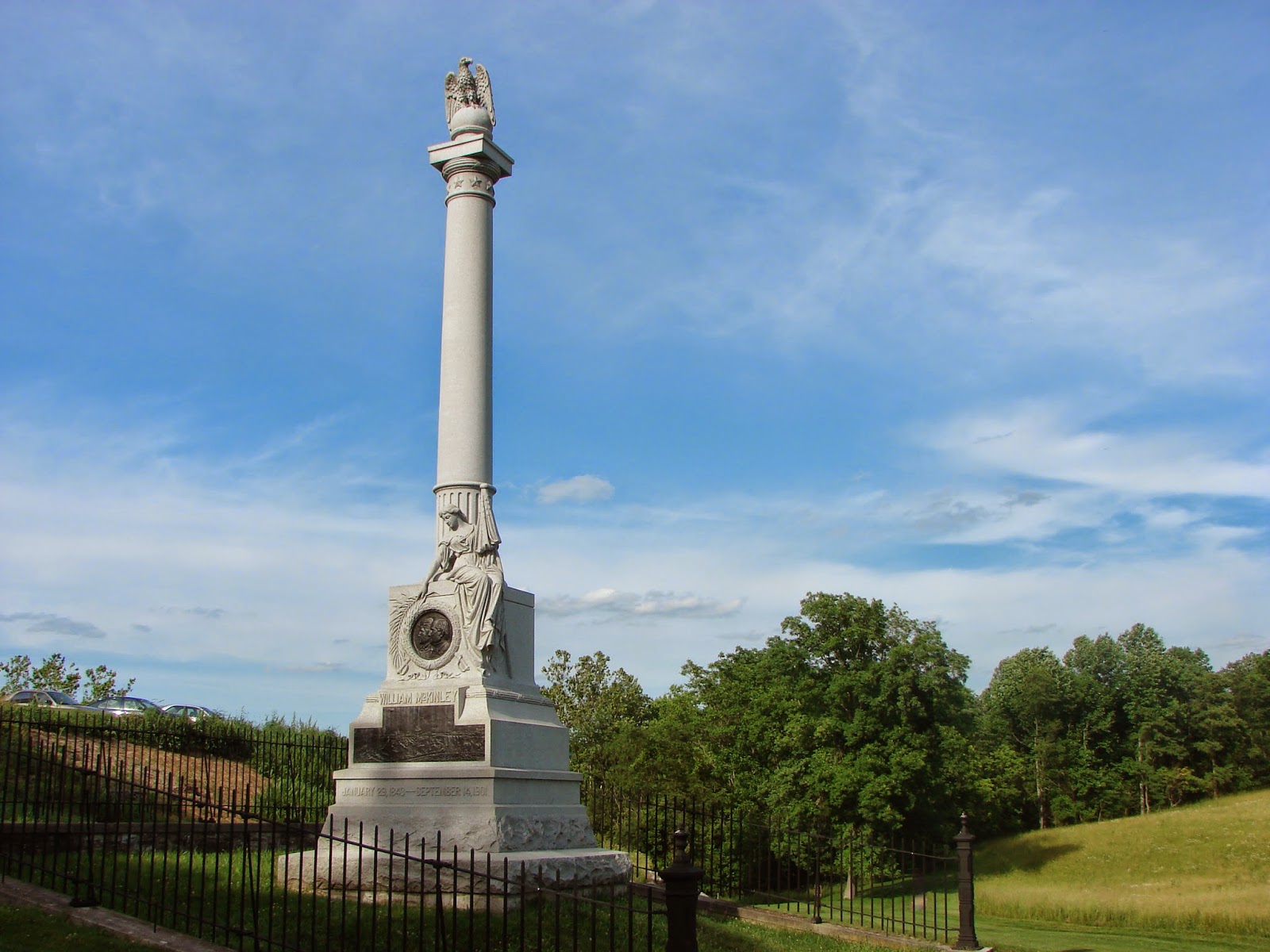 The link between McKinley and Antietam, symbolized by the McKinley monument, was a strong one for many years. During the battle, McKinley was a Commissary Sergeant in the 23rd Ohio, a regiment which was fiercely engaged late in the day on September 17, 1862. With his men pinned down by a stone wall near the Otto Farm, McKinley brought supplies forward for the men in his regiment, including food and coffee. While this feat may not seem heroic to us today, for the men in the ranks, it was certainly a welcome relief from the difficulties they experienced in battle that day.


For many, this is where McKinley's story at Antietam comes to an end. He is commonly known for having brought supplies forward in battle, but few may know that McKinley came back to Antietam years later in a much different capacity. On May 30, 1900, William McKinley returned as the 25th President of the United States. He came to Antietam when the park was but ten years old to deliver a speech for the dedication ceremonies of the Maryland Monument.

McKinley's remarks are typical of the era in which they were given. Even for veterans of the war such as the president, feelings of animosity had given way to a fraternal spirit of reconciliation. Absent from battlefield speeches were topics such as slavery and sectional hatred. Those sentiments had been replaced by a belief that all who fought were heroes to be remembered. The Maryland Monument was a perfect setting for such an atmosphere. As a border state, Maryland contributed men to both Union and Confederate forces at Antietam, and as such, the Maryland Monument is the only one on Antietam battlefield dedicated to the soldiers on both sides of the conflict.


McKinley's monuments at the dedication of this monument can be found below.

Images of the Maryland Monument at Antietam National Battlefield 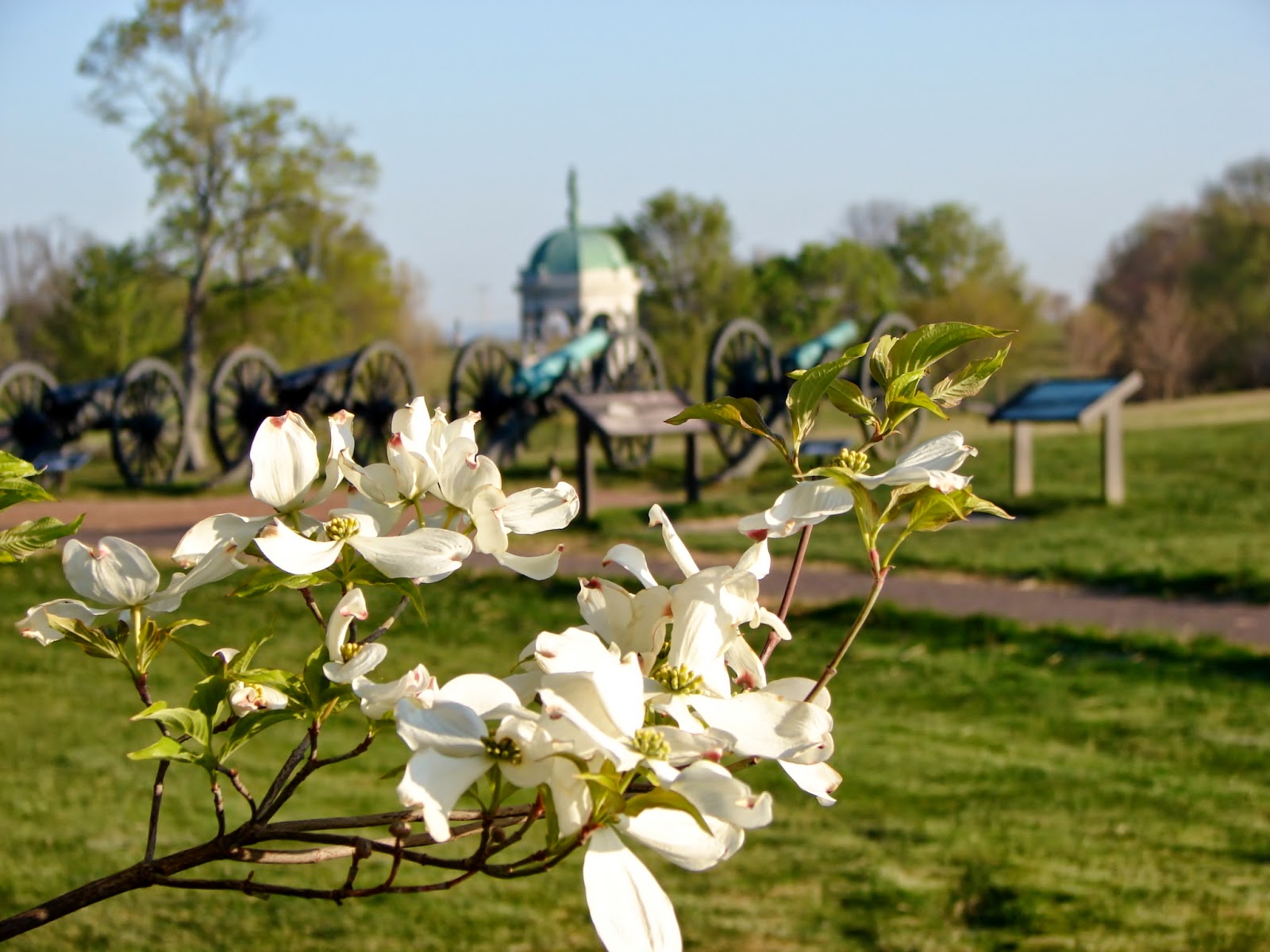 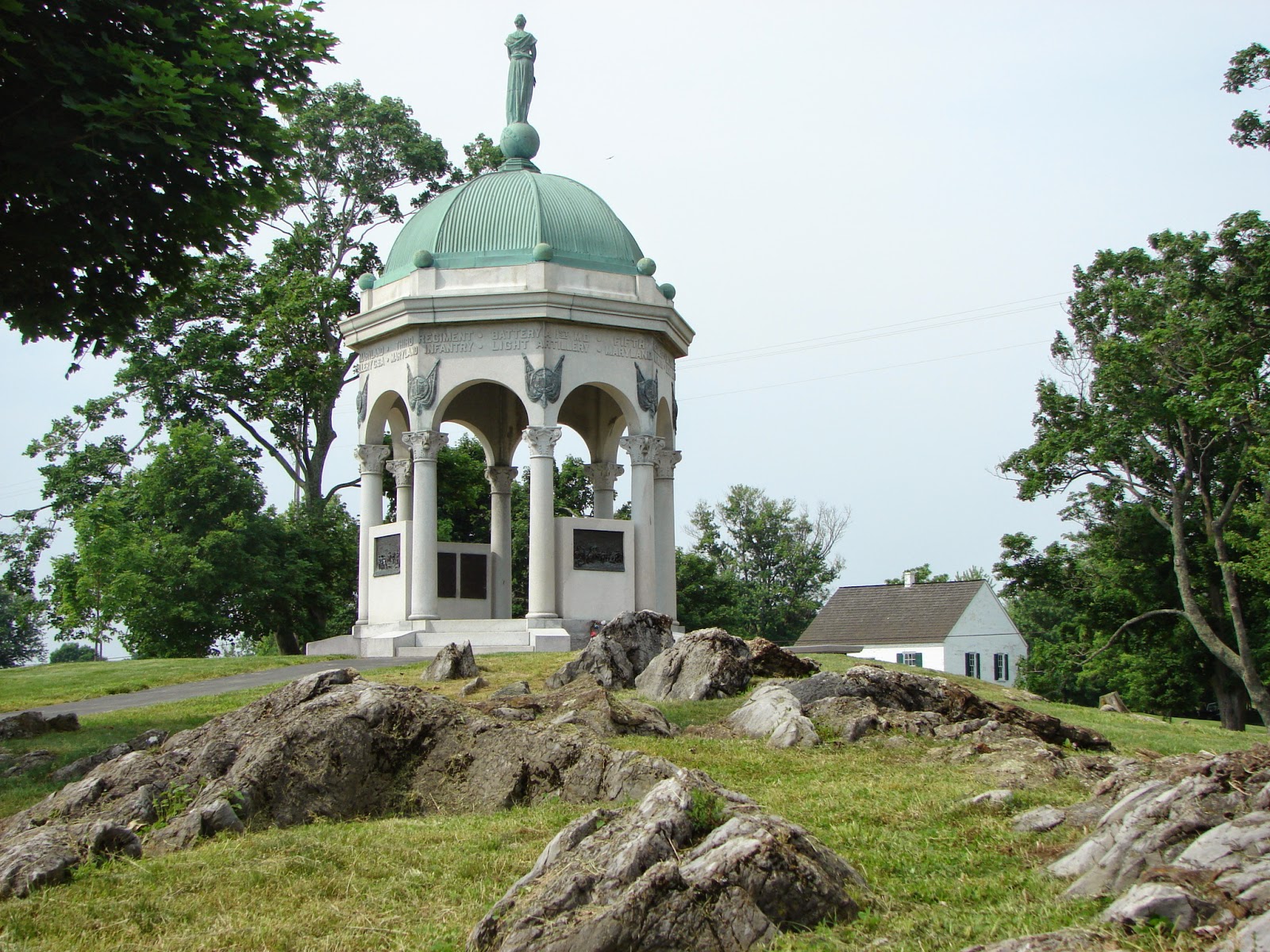 Mr. Chairman and my Fellow- Citizens:

I appear only for a moment that I may make acknowledgment of your courteous greeting and express in a single word my sympathy with the patriotic occasion for which we have assembled to-day.
In this presence and on this memorable field I am glad to meet the followers of Lee and Jackson and
Longstreet and Johnston with the followers of Grant and McClellan and Sherman and Sheridan, greeting each other, not with arms in their hands or malice in their souls, but with affection and respect for each other in their hearts. [Applause.]

Standing here to-day, one reflection only has crowded my mind— the difference between this scene and that of thirty-eight years ago. Then the men who wore the blue and the men who wore the gray greeted each other with shot and shell, and visited death upon their respective ranks. We meet, after these intervening years, as friends, with a common sentiment,— that of loyalty to the government of the United States, love for our flag and our free institutions, —and determined, men of the North and men of the South, to make any sacrifice for the honor and perpetuity of the American nation. [Great applause.]

My countrymen, I am glad, and you are glad also, of that famous meeting between Grant and Lee at Appomattox Court-House. I am glad we were kept together —are n't you? [cries of ''Yes ! "]— glad that the Union was saved by the honorable terms made between Grant and Lee under the famous apple-tree ; and there is one glorious fact that must be gratifying to all of us— American soldiers never surrendered but to Americans ! [Enthusiastic applause.]

The past can never be undone. The new day brings its shining sun to light our duty now. I am glad to preside over a nation of nearly eighty million people, more united than they have ever been since the formation of the Federal Union. [Applause.]

I account it a great honor to participate on this occasion with the State of Maryland in its tribute to the valor and heroism and sacrifices of the Confederate and Union armies. The valor of the one or the other, the valor of both, is the common heritage of us all. The achievements of that war, every one of them, are just as much the inheritance of those who failed as those who prevailed ; and when we went to war two years ago the men of the South and the men of the North vied with each other in showing their devotion to the United States. [Applause.]

The followers of the Confederate generals with the followers of the Federal generals fought side by side in Cuba, in Porto Rico, and in the Philippines, and together in those far-off islands are standing to-day fighting and dying for the flag they love, the flag that represents more than any other banner in the world the best hopes and aspirations of mankind.
[Great and long-continued applause.]